May seems to be a good month to spot spiders as I had photographed many of them at 3 different locations namely Jurong Woods, Upper Seletar Reservior & Dairy Farm Nature Park. A few of them were rare or uncommon species such as the Mirror Spider (Thwaitesia sp.), Pear-shaped Leucauge (Opadometa fastigata) & Brown Grass Spider (Polyboea vulpine).

Mirror Spider is an attractive species where it has reflective silvery patches on its abdomen. The scales look like solid pieces of mirror glued on the spider’s back where they could change size depending on how threatened the spider feels. 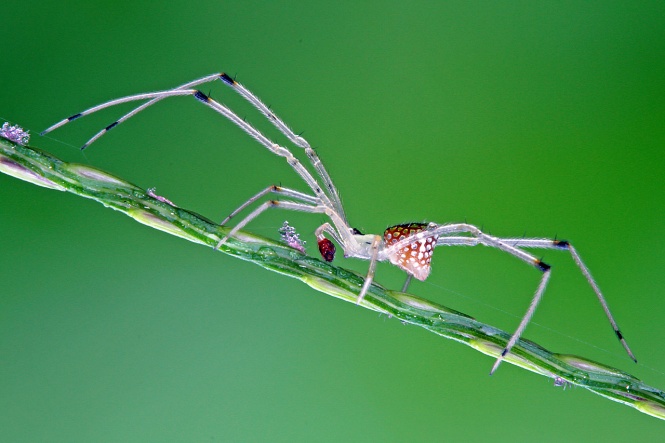 Here is a frontal shot which looks very lady-like to me. 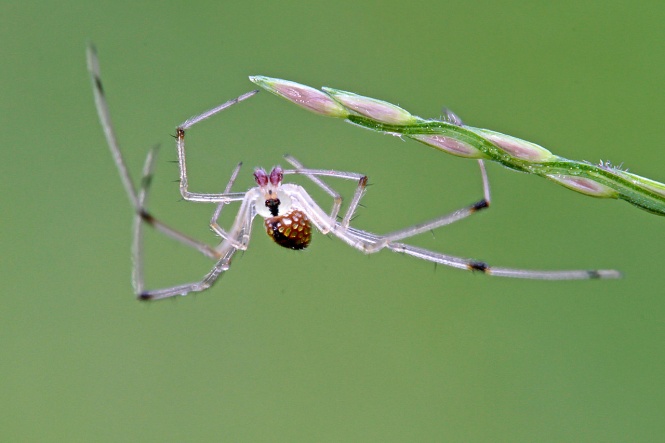 Interestingly, when looking from the dorsal view, the colourful mirror scales suddenly disappeared as shown below: 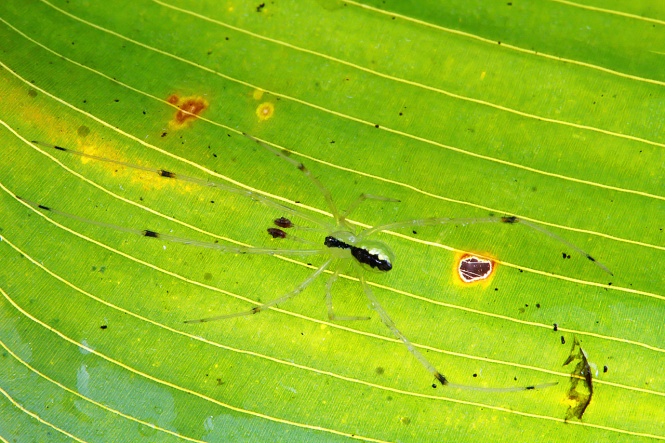 Pear-shaped Leucauge Spider, scientifically known as Opadometa fastigata, was another unusual find in May 2015. This relatively large species is separated from other Leucauge spiders in Singapore by its pear-shaped abdomen and its unique fourth leg where it has thick brush of spines at the tibia. The colour of the abdomen is black with silver white marks. 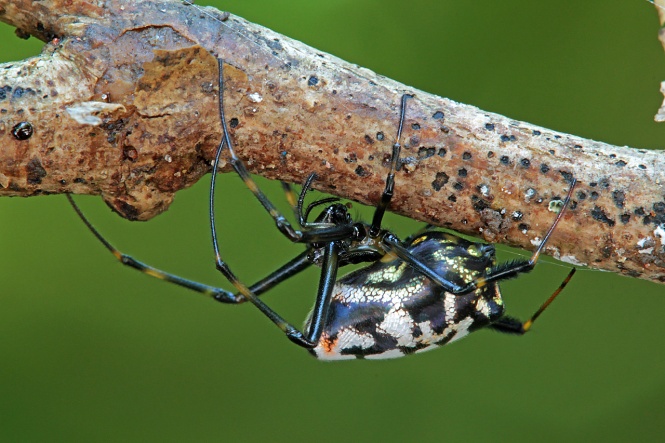 Brown Grass Spider (Polyboea vulpine) looks a little like the common lynx spider to me. They are special in the area where they build complicated, three-dimensional webs commonly known as the nursery web. The females carry their spherical egg-sacs under the jaws. 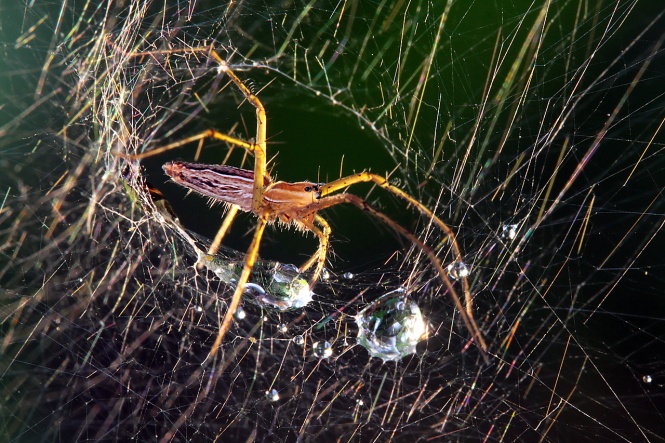 This is a same Big-bellied Tylorida, one photographed with backlighting while the other was shot with normal side lighting. Which is better?

Jumping spider always make a good photo because of its attractive big round eyes. I was lucky to find this cute little jumping spider which was unusually cooperative. Isn’t it adorable? 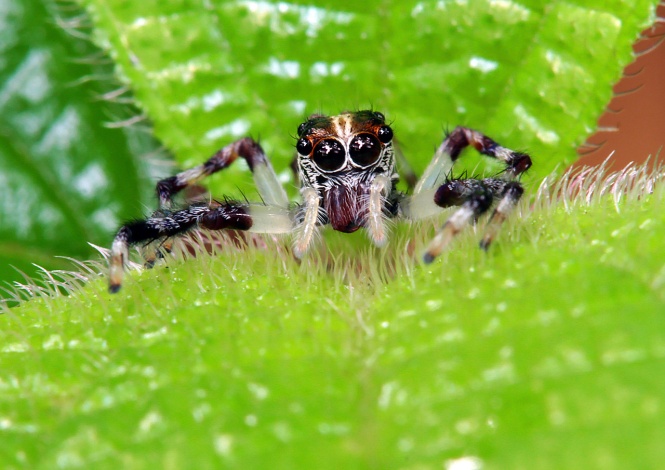 Females of Golden Orb-web Spider are easier to spot in the wild than the males because of its large size ie it can grow up to 20 cm. The male is only about 5-6 mm, so much tinier than the female. 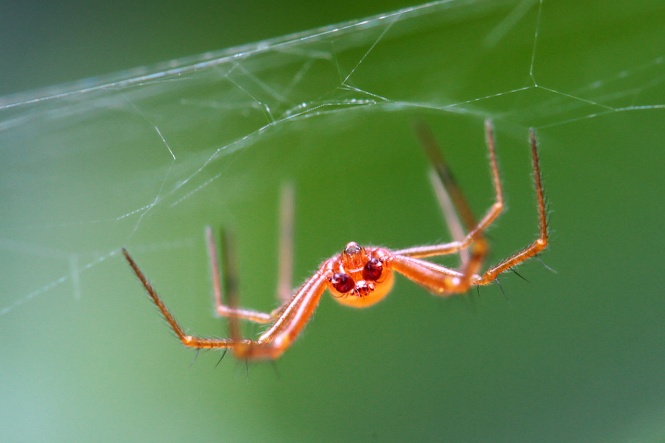 Spanish Needle flowers (Bidens Pilosa) were in season as I have seen so many of them at different places since April 2015. These wild flowers are popular hiding spots for crab spiders to ambush their preys. I sighted 3 crab spiders with preys at Jurong Woods on 9 May 2015. Looking at so many bees and common flies became preys of spiders, I have to agree with my friend’s observation that they are indeed careless!

Lynx spider is one of most formidable predators in the insect world! This time it took on an equally fearful opponent, a male big-jawed spider and won the battle! 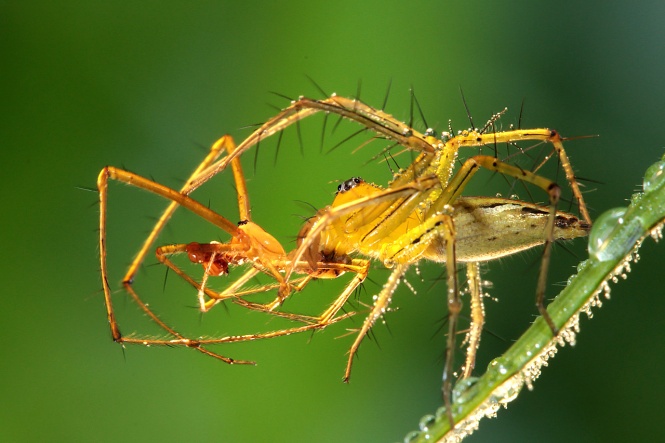 Damselflies are one of my favourite subjects but I have not been photographed them for quite a long time. So it was nice to find a female Will-o-wisp, an uncommon damselfly species at Upper Seletar Reservior Park. 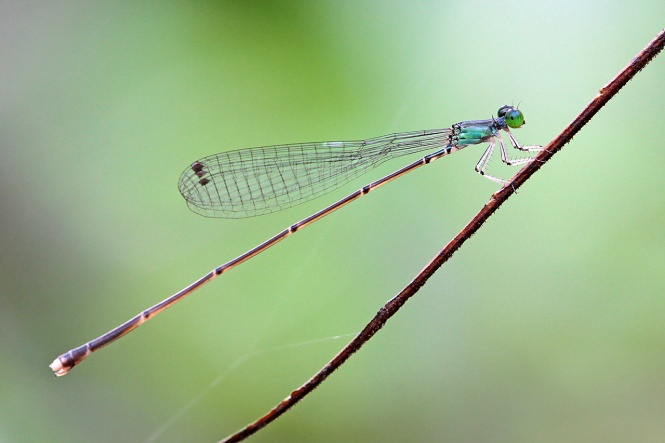 The old 2-km Kranji Nature Trail is now renamed as Sungei Buloh Wetland Reserve extension which had officially opened to the public a few months ago. Kyaw & I went there to take a look on 17 May 2015. We stayed only for a short while as it was too crowded with many senior citizens enjoy a casual nature walk. A white and black plant hoppers was the only decent shot that I had from that morning. 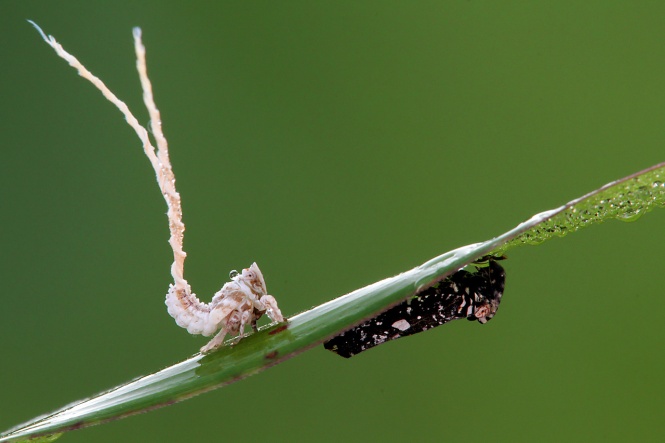 Here is a image of a pair of attractive flowers known as Singapore Cherry (Muntingia calabura) to end another fruitful month of macro photography. 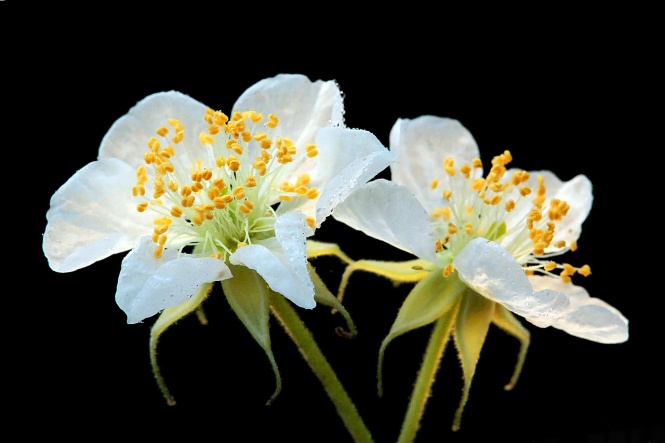