After almost two months of dry weather, the rains finally arrived in April 2015. I was pretty sure that I should be able to capture some insects with dew. The best place to try my luck was none other than Zhenghua Forest.

An adult katydid was spotted on a dew-filled leaf. It was drenched with water droplets, so heavy that it hardly moved! 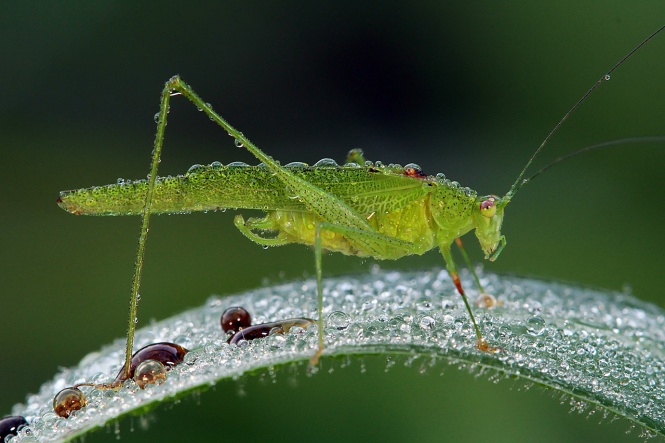 Not too far away, a young praying mantis was sighted under a leaf.

It was not difficult to find leaf-footed bugs with dew too.

So were katydid and long-horned hopper nymphs:

Cool, wet weather also means plentiful of wild mushrooms. This is because mushrooms thrive on moisture and have a very fast growth rate. We found many different species of wild mushrooms and of different sizes at NTU Hiking Trail. It was not an easy task to choose the best one. Here is one of them with a little katydid nymph perching high up to balance the composition.

A week later at Chestnut Avenue Nature Trail where I led a macro outing there, my friend, Endy, spotted a big cluster of wild mushrooms. He is a fan of wild mushrooms and here is a photo of him composing for the best angle. 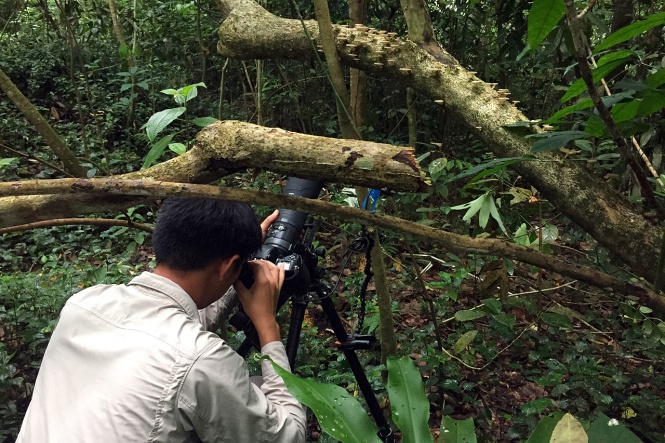 I love wild mushrooms too and therefore I wouldn’t want to miss this chance to take some shots.

There were a few rare and uncommon subjects spotted this month such as this beautiful Black & Scarlet Cicada, scientifically known as Huechys sanguinea.

It was spotted by Sharon at Zhenghua Forest on 18 April 2015. I read that this unique cicada species was previously sighted only at Pulau Ubin & Kent Ridge Park.

Another rare find was a red moth which looks very much like the common cotton stainer.

A very cooperative species allowing us to shoot from different angles. 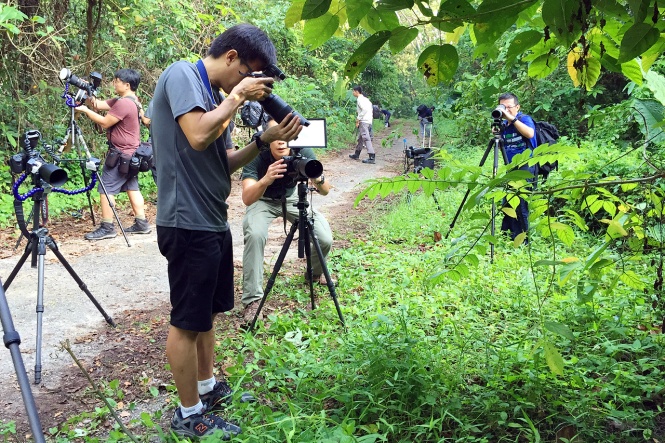 Bronze Flutterer is an uncommon dragonfly and I have not seen it for more than 4 years! So I was delighted when Kyaw Htay spotted a male at NTU Hiking Trail. This is a sun-loving species that was not easy to get close. I only managed a few shots.

Leaf-Dwelling Daddy-Long-Leg is an uncommon spider that often hangs upside down in their webs. This was my first sighting of this unique species carrying egg-sacs. It has only six eyes where most spiders have eight!

An interesting find was a leaf beetle fell prey on a spider. A small LED light was placed behind to get a backlit effect highlighting the silk of the web. A friend commented that it gives an illusion that the beetle has 8 legs and preying on something. Do you see what he saw? 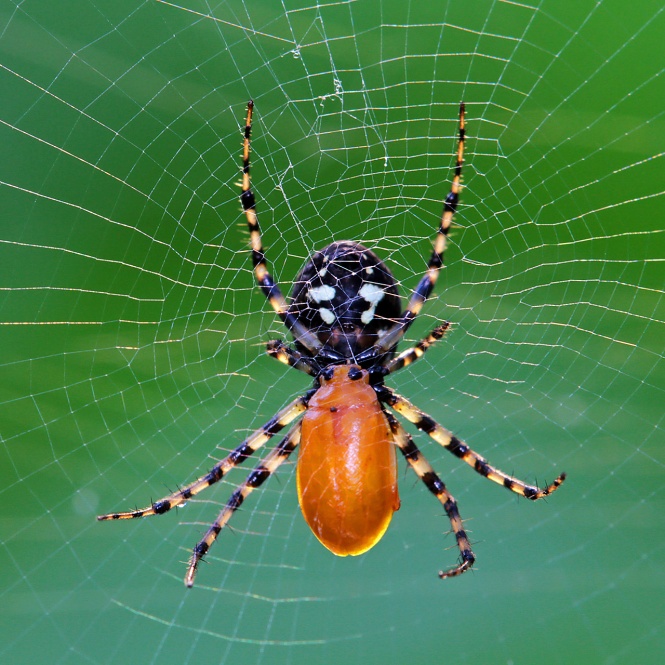 The rest that I photographed are more common in nature such as this triated Tylorida & a juvenile St. Andrew Cross Spider:

A skipper, possibly a Lesser Dart:

and finally, a conehead grasshopper to end this month’s fruitful outings.