I decided last night to go for a jungle walk this morning. As it was raining the day before, I was quite sure that chances of seeing rays of sunlight at Chestnut Avenue was high. I was right and although it was not as strong as the previous one that I saw at the same spot, I was equally impressed. This time I make sure that I was inside the picture! 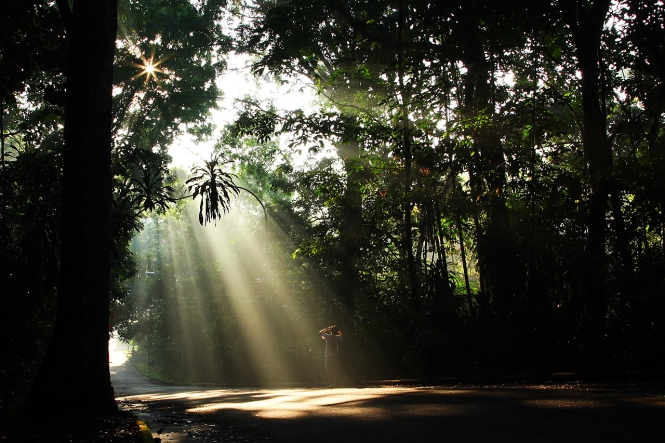 (Me appreciating the light from the sky)

There was another rays of light shining through the mist of trees nearby.

I have been to Chestnut Avenue many times and mosquito was the least concern to me. But, somehow, there were lots of them this morning attacking me from all directions! Even my camera bag was not spared! I decided to leave and went to Dairy Farm Nature Park which was less than 5 minutes away.

I found many squash bugs here. It is always interesting to see them perching on leave with dew drops.

It was even more interesting to have two of them staying together. Looking at their different colours, my guess is that they were of different sex. I thought they were going to mate but they flew off shortly. 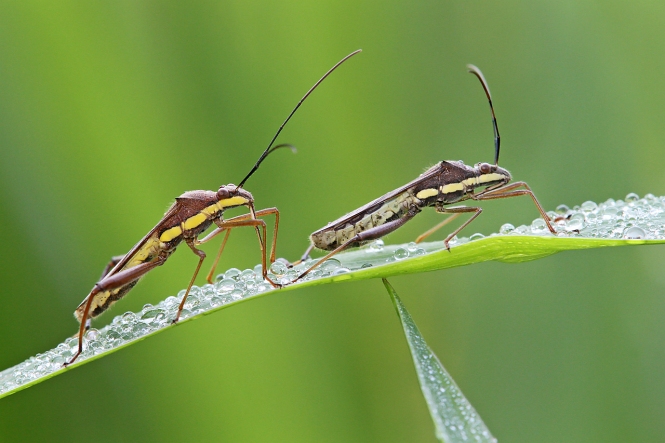 (A pair of squash bugs)

At about 9.00 am, there were still some remaining water droplets found on lalang grass and they looks pretty to me.

The Straight Snouted Weevils are not very common in Singapore but I was lucky to find two on a lalang. 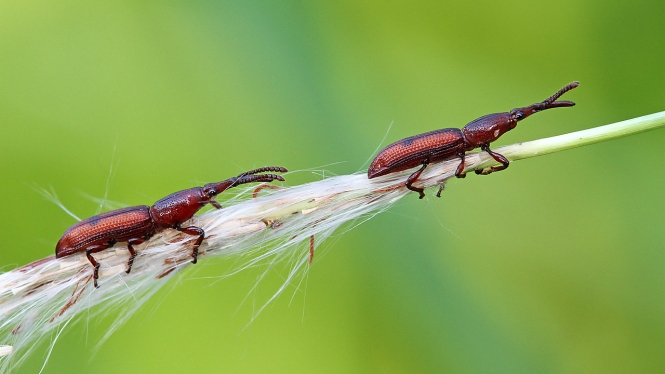 (Hold on tight dear! we are going for a long ride!)

Does the image above resemble two witches flying on a broom? Shortly after taken this shot, they began to mate.