Lynx Spider is the common name for any member of the family Oxyopidae. They are, in my opinion, the most common spiders that can be found in Singapore. Lynx spiders prefer vegetation, and can most often be found on shrubs in gardens, parks and secondary forests.

Lynx Spiders are easily recognised by their eye arrangement in which six of the eight eyes form a hexagon. Most of them have large spiny bristles on their legs giving them a hairy apprearance. These help to confine the prey that they grasp and protect the spider from its struggles. 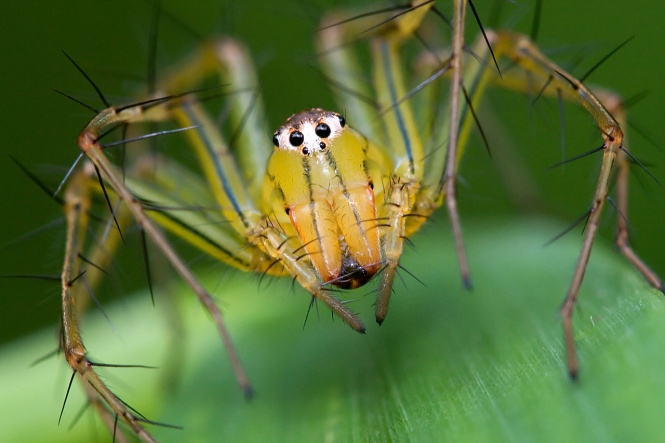 (Spiny bristles give the lynx spider a hairy appearance)

Lynx spiders are very speedy runners and leapers, alert and with good vision. Most tend to flee rapidly when approached by predators or large creatures like human.  One of the best times to shoot them is when the mother is guarding its egg-sac.  They would stay there until the spiderlings hatch. 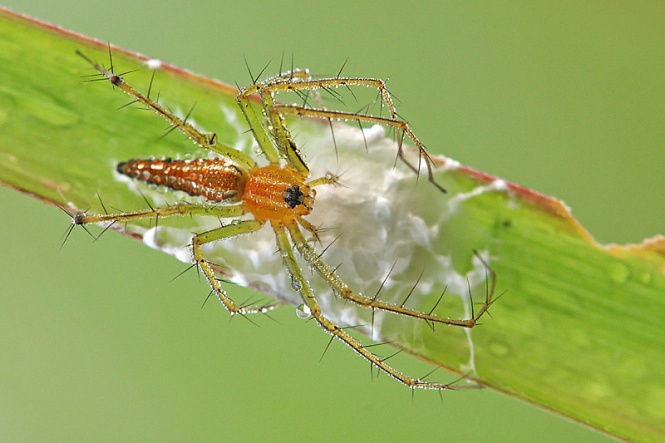 They are relatively less active during the early hours in the morning and this is another good opportunity to photograph them.   They look good with dews around them.

Lynx spiders are active and hunt during the daylight hours.  They do not build webs but instead spending their lives as hunting spiders on plants and shrubs. Occasionally, they hide in flowers, ambushing pollinating insects such as bees, butterflies, etc, similarly to what crab spiders do. 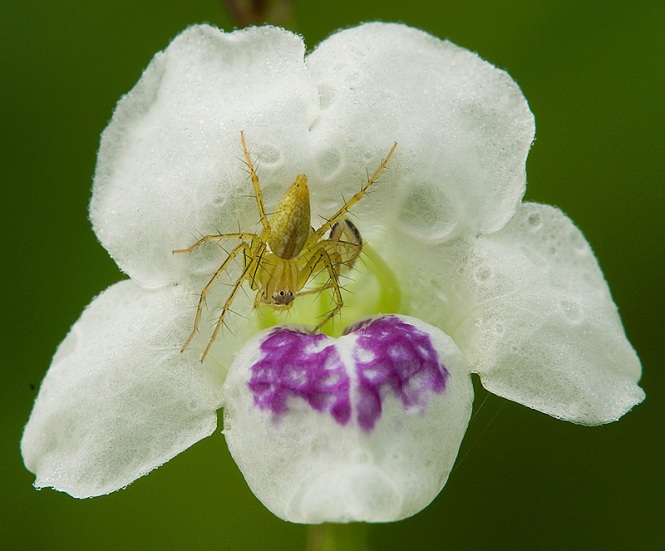 (Lynx spider preying on a bee)

Most Lynx spider species in Singapore are quite small in size about 10 mm long.   I have seen smaller ones ie. 5mm but they are equally formidable in attacking prey bigger than them.

(A tiny lynx spider having a big breakfast)

The lynx spiders favourite foods appear to be bees …

Looking at the different varieties of preys above, it looks that lynx spiders would take on any insects they can run down and overpower. Hence, it is not uncommon that they prey on spiders of other species too such as the Brown-Legged spider below: 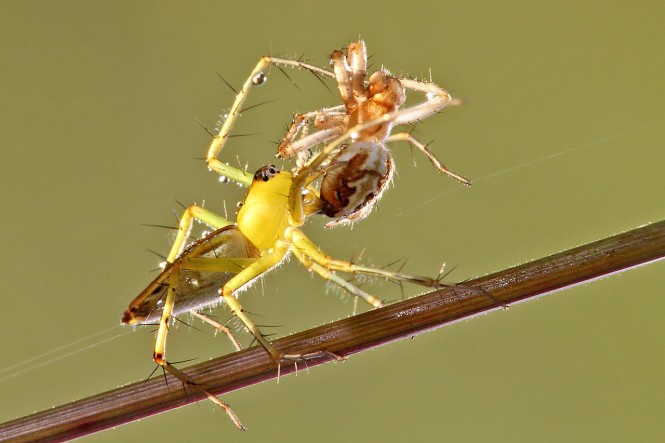 However, when they are unable to overpower other spiders, they may become their prey.   In the spiders’ world, it is eat or be eaten!

(A lynx spider became prey of a jumping spider)